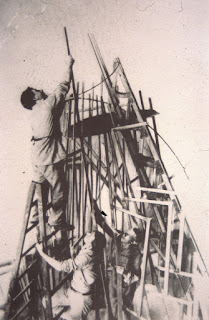 Every time I read this blog (Living in Misery) I get annoyed. (It’s supposed to be a pun on “Missouri,” in case the subtle humor has escaped your notice.) The first time I read LIM I dealt with my annoyance in a less direct way, answering with my own post entitled “Why I Like Columbia” (March 24, 2008). That approach is no longer enough for me. Despite the fact that the author is someone in my not-quite-immediate social circle, I am finally going to come out and say it in public: your blog is annoying. Not the whole blog, just the attitude. Which is really unfortunate, because it and your other blogs together are otherwise a pretty interesting forum for music, movies, food, the private life of Z&R, etc. Since some of our mutual friends are aware of it and interested in what you have to say about music etc. I’ve checked it out on occasion.

“The problem with living in a small, Midwestern town is that there is often no way to escape the fact that you live in a small, Midwestern town. There is nowhere to have a cup of coffee that makes you feel as if you’re in a Seattle coffeehouse, where you sip on a hot cup of joe, reading The Stranger in search of a cool art theater where you can simultaneously down a good, American IPA and take in the latest Harmony Korine flick. Well, that is, until now.”

“Since moving to COMO, we have struggled to find a place that made it just a little less miserable. The new Ragtag/Uprise/Ninth Street Video complex has done that for us. Hopefully other downtown businesses will show as much creativity and forward thinking to make other parts of ‘The District’ a little more like the Ragtag.”

LIM comes to us from Dayton, Ohio, which is evidently a real cultural mecca. But since he is no longer a newcomer to Columbia, he is no doubt aware that the Ragtag Cinemacafe, Uprise Bakery, and Ninth Street Video all have been mainstays of downtown Columbia for several years. I have been looking forward to the new Ragtag theater myself for a couple years, where they have two screens instead of one, thus doubling our movie-going options. The unveiling of the new theater in February (one week before True/False opened), and the breathtaking advertisements for Ragtag and True/False that were unveiled at the 2008 True/False Film Festival (“Jump and the net will appear” featuring stunts performed by the MU gymnastics team) conveyed a compelling sense of the remarkable achievement of the Ragtag folks who have made all this happen over the years. However, I do have some mixed feelings about the new complex, which I’ll get to later.

What LIM is not in a position to know about is what Columbia was like before there even was a Ragtag, when the only movie-going options were the two large multiplexes in town – neither one of them located downtown -- both frequently showing the same selection of mind-numbing Hollywood pablum. Now that was something to complain about.

One of the reasons I like Columbia as much as I do is the grass-roots, local, non-mainstream, non-corporate, and (for lack of a better word) authentic vibe of this college town. We’ve got great locally owned businesses and private initiatives – the Ragtag, Uprise, and Ninth Street Video have long been part of that, but so have the Main Squeeze, Sparky’s, the Root Cellar, the Cherry Street Artisan, Lakota’s, the Peace Nook, Ernie’s, Teller’s, and more. We have a cool and interesting downtown without having Ben & Jerry’s or Barnes & Noble (both ubiquitous in other college towns like Ann Arbor, Santa Barbara, Palo Alto, etc.), and I think that’s pretty exciting.

I do NOT agree that other parts of “The District” (which I agree is a silly name) need to follow Ragtag’s example. You’re looking in the wrong place for the root of Columbia’s problems. The real problem is the suburban sprawl and unchecked development south of town that drains necessary financial support. For my birthday we recently checked out the newest restaurant in town, Hemingway’s, south of Nifong. It is clearly trying to fill the niche formerly occupied by the longtime downtown restaurant Trattoria Strada Nova (RIP 2007). It was fun – the food is great, the atmosphere is great, and we’ve been fans of the chef (Brian James) since he owned our favorite downtown restaurant (Petit Bouchon) until it closed a few years ago. But I’m not going to be going back very often, and it’s not just because the whole strip-mall aesthetic turns me off(!), but chiefly because I want to support the downtown. And now, with three big new vacancies where the old Ragtag, the old Uprise, and the old Ninth Street Video used to be, downtown has that many more shoes to fill.

The new Ragtag/Uprise dining room is really slick, it’s really hip, and it’s the new place to be. But some people (I won’t name any names) actually preferred the old Uprise (to which my friend KR says “ooo! that was like eating lunch in basement!”). But that basement was simple, unpretentious, and out-of-the-way. (Not to mention quieter and less crowded, though from the restaurant’s point of view that may not be a good thing.) Besides, you can’t park on Hitt Street.

Ninth Street Video, after leaving its space on Ninth Street and moving into this complex on Hitt Street, is still calling itself Ninth Street Video. Bad idea. As KR points out, it’s lazy, and the name will be confusing for people who are new to town. And she’s a journalist, so she oughta know.

BTW, you describe Columbia as a small Midwestern town, but I must insist that it is in fact a city. The non-student population is over 80,000 (over 90,000 according to some).

And what’s with this Missouri-bashing from someone who comes from Dayton, Ohio? I mean, Ohio is still the Midwest, Dude. I can’t believe it’s that much more enlightened than Missouri.

P.S. You mention the “towering sculpture” over the box office; my architectural history stu

dents this semester (and really any student of 20th-century art/architectural history) know that it’s a replica of the Monument to the Third International designed by Russian architect Vladimir Tatlin in 1919-1920; it’s a symbol of revolution. The actual building, had it been built, would have been taller than the Eiffel Tower. (Photo: Leningrad, May Day 1926)
Posted by Elizabeth Hornbeck at 12:53 AM

Ooh, I love the blog-on-blog action!

First of all, I'm from Columbus, OH. Dayton is a hole. My brother does live there, though.

I agree with the whole sprawl thing and that is why we do support The District (of Columbia). The former Ragtag, Uprise, and 9th St locations were rather amateur, at best. The Ragtag's front was cramped and the seats hurt my ass. The Uprise basement was falling apart and just felt trashy. Don't get me wrong. I loved what these places had to offer. I just think the new complex is better.

I should also explain that I come from a city of over a half million with many great spots. Columbus has several coffee chains, fantastic breakfast spots, and 4 times as many indie screens as COMO. I could go on, but I think you get the point.

Thanks for commenting and the response. I've always felt this blog thing should be more of a discussion and not a one-sided thing like a newspaper or magazine.

Wait. What should I name the blog?

I'm thinking "Internet IV" (as in "intravenous," not the Roman numeral) because your Internet connectivity has got to be unparalleled.

I have to agree (and I appreciate your pro-Columbia comments here and elsewhere on your blog). As you know, before we came to Columbia I lived mostly in big cities--Philadelphia, New York, London, Milwaukee, Phoenix--and I loved those places, but I love Columbia, too. Keep up the interesting work on your blog!

Edited for a spelling error...

I know why 9th Street video didn't change the name. It's not exactly lazy; it's budgetary. The actual cost of changing a business name is staggering.

Not only the cost of new signage, advertizing changes, registration, new sticky labels on all 10,000+ movies, blah blah blah... it's also the loss of name recognition they've spent years developing would hurt. They've spent thousands of bucks developing that, it behooves them not to lose it.