Dodos are making a big comeback. I'm not talking about attempts to clone or to breed an extinct species; but I am noticing that they play a big role in the public imagination. Their images are everywhere. According to Wikipedia, it has been extinct since the mid- to late-17th century. They were also popular in the Victorian period, as suggested by the Dodo being a fictional character in Lewis Carroll's Alice's Adventures in Wonderland.

I love dodos; I guess that makes me a big dodohead. What other animal is so patently ridiculous-looking, so awkward, so improbable? A close relative of the modern pigeon, the dodo weighed up to 50 pounds! Thank goodness pigeons don't take after them in that respect. However, our image of the dodo as a fat clumsy bird are based on those specimens that became obese in captivity because they were overfed; in the wild, scientists think they were probably not as rolly-polly.
Dodos lived exclusively on the island of Mauritius, in the Indian Ocean east of Madagascar. Their extinction came about as a result of European exploration -- not just from hunting, but from destruction of habitat and the introduction of non-native predatory animals. 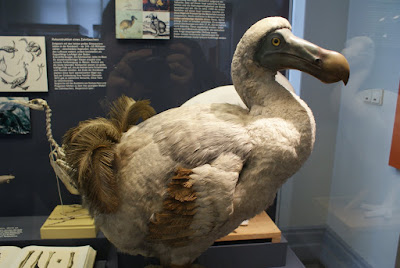 Above: Museum of Natural History, Berlin (part of the exhibit on taxidermy) 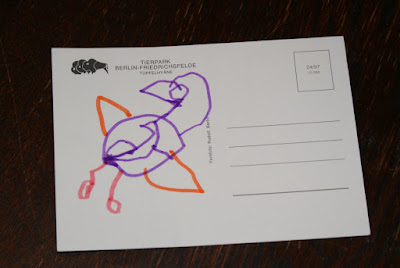 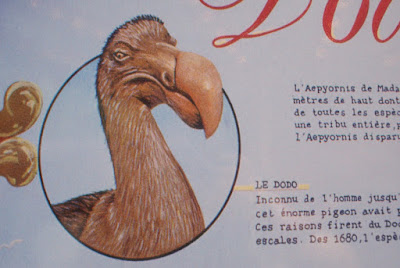 Above: Dodo drawing at the "Dodo Manege" carousel in Paris 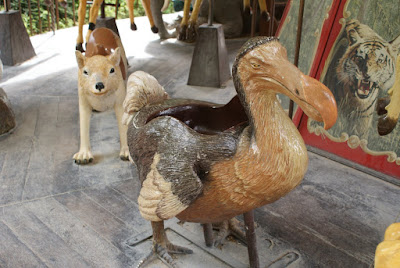 Above: Dodo on the "Dodo Manege" carousel of extinct animals in Paris at the Jardin des Plantes (see my blog entry about the carousel) 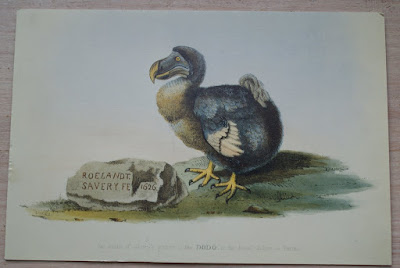 Above: Drawing of a dodo by Roelandt Savery, 1626 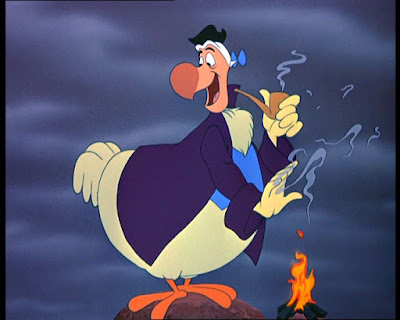 Above: The Dodo in the Disney version of Alice in Wonderland
Below: Edward Lear's drawing of the Dodo for Alice's Adventures in Wonderland

Posted by Elizabeth Hornbeck at 2:02 AM