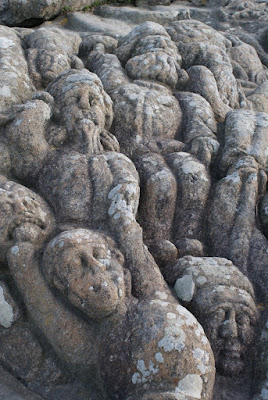 Why do people make art? With so many kinds of art having been produced for practically all of human history and prehistory, there clearly have been a variety of reasons to explain the evidently universal human urge towards creative expression. I’m always intrigued by these sort of crackpot artists who work in relative isolation for years or even decades to realize a vision that is neither financially profitable nor tied in with the artistic trends and movements of the day; I think of Simon Rodia with his Watts Towers, or Harvey Fite with his Opus 40. (I use the word “crackpot” as a term of endearment, not in any pejorative sense.) The most recent example I’ve found is the site known as Roches Sculptées (Sculpted Rocks) on the north coast of Brittany.

The three of us spent a week in Brittany in April, but I haven’t had the opportunity until now to blog about our experiences there. So in a way this is sort of a “backblog,” since we were there three months ago, but better late than never. 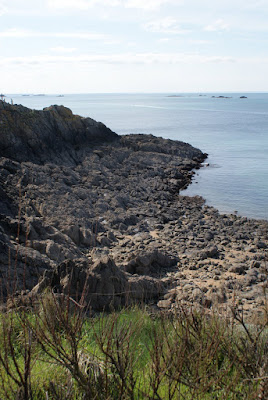 The Sculpted Rocks are located just inside the eastern end of St.-Malo’s city limits as you’re driving east towards Pointe du Grouin and Cancale. The Breton coast is famously austere, rocky, and forbidding; the views both of the coast and from the coast are breathtakingly sublime. It's not like it needs any human intervention to be of interest; however, the sculpting of the existing landscape could actually be the only kind of artistic intervention that belongs in such an environment. 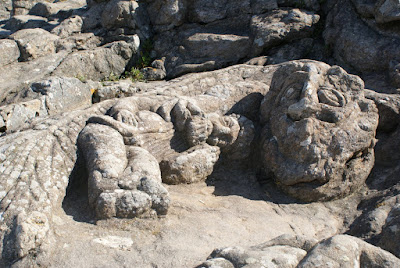 According to The Rough Guide to Brittany and Normandy,
“The hermit priest Abbé Fouré spent 25 years, from the 1870s onwards, carving these jumbled boulders into the forms of dragons, giants and assorted sea monsters. Perched on a rocky promontory high above the water line, they’re quite weathered now, and not all compelling in themselves, but with the town well out of sight this makes an appealing spot to stop and admire the coastline.” 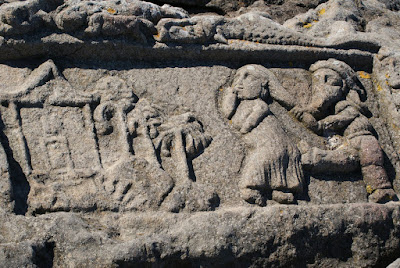 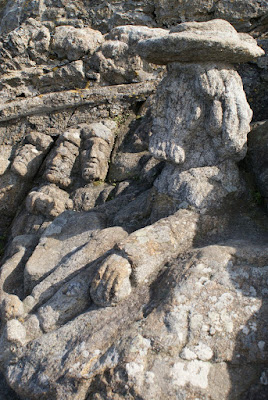 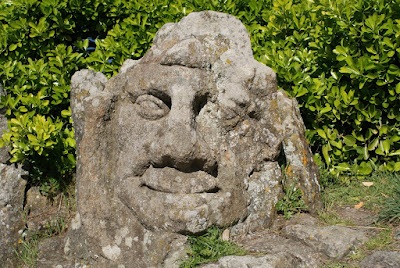 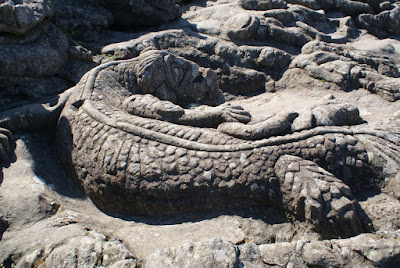 Posted by Elizabeth Hornbeck at 3:45 PM