The “Dodo Manège” in Paris Where else but Paris can a kid ride on an extinct beast? On the “Dodo Manège” carousel in Paris’ Jardin des Plantes they can ride on not only a dodo or a triceratops, but also a horned turtle (tortue à cornes), a glyptodon, a thylacine, or a sivatherium. There are also a few non-extinct animals (panda, elephant, ostrich, gorilla) on this carousel concerned with the evolution of species. 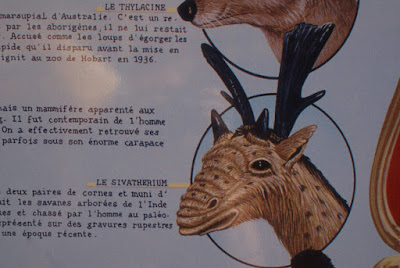 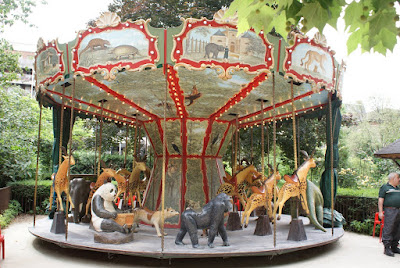 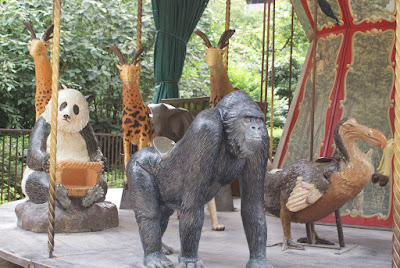 We were here in April en route to Brittany from Berlin – the overnight train terminated in Paris, and originated in Paris on our way home – so we spent one afternoon at the zoo, and that was when we discovered the carousel. Two months later I am back in Paris for research, and had to revisit this unique attraction. 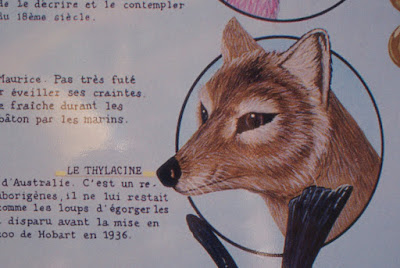 The carousel of extinct species is educational as well as fun. From it I learned about the thylacine – also called the Tasmanian wolf – the last large carnivorous marsupial in Australia. “It is a remarkable example of extermination by man.” The last known individual lived in a zoo in Hobart (capital of the Australian island state of Tasmania) until 1936. 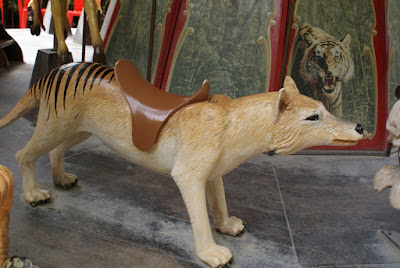 Then there’s the sivatherium, an animal related to the elan and the giraffe. It had two pairs of horns, and a long nose that seems to have been the beginnings of a trunk. It lived in the forests and savannahs of India, and was represented in a Sumerian bronze figurine and drawings found in the Sahara. It was hunted by Paleolithic man, and became extinct less than 10,000 years ago. 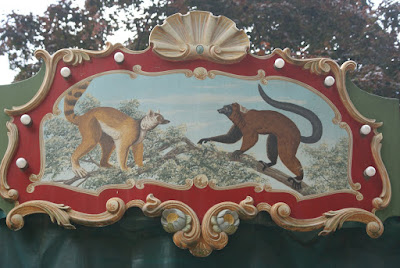 The carousel is beautifully painted with a jungle scene and 12 individual vignettes (around its top) showing some fascinating animals like lemurs, pangolins, and armadillos, as well as scenes from the Jardin des Plantes itself. The Jardin des Plantes, and especially this carousel, are now among my favorite places in Paris. 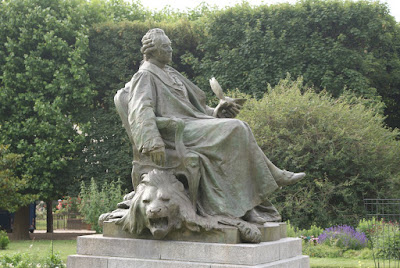 One scene on the carousel depicts the actual statue a few hundred meters away of Buffon, noted French naturalist and once director of the Jardin des Plantes (when it was still the Jardin du Roi). Buffon sits facing the Grand Galerie de l'Evolution (though on the carousel painting he seems to be facing away from it!) 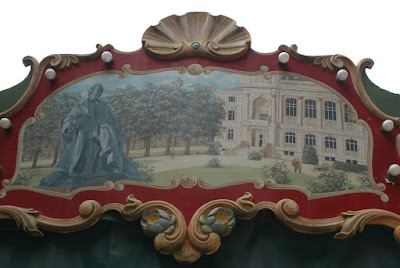 Posted by Elizabeth Hornbeck at 10:40 AM