The Schloss Pillnitz, outside Dresden

Ten kilometers (about 6 miles) east of Dresden is the Schloss Pillnitz, which was the summer palace of the Saxon monarchs, located in the little village of Pillnitz. 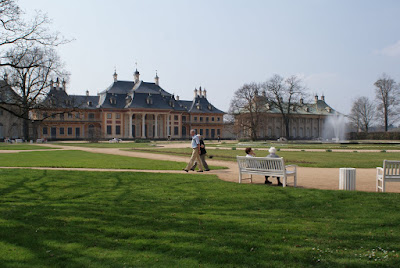 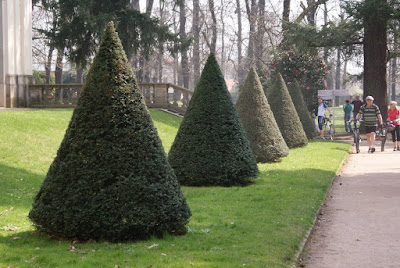 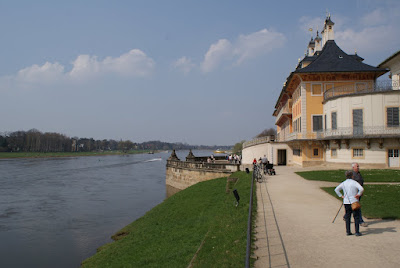 The Schloss sits directly on the Elbe, with vast grounds surrounding it, landscaped both in the formal French style and, in one corner, in the English landscape garden style. 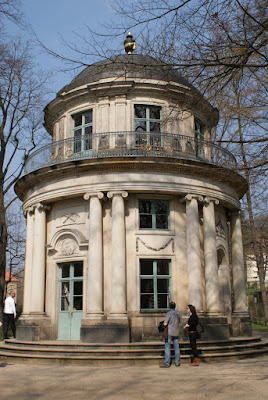 The “English garden” included a small circular temple which was a copy of Bramante’s Tempietto in Rome – the English were very much the conduit for Italian Renaissance architecture throughout Europe, because of the popularity of their gardens and garden follies. The “English garden” was enthusiastically adopted in places like Germany and France, where the “French garden” (i.e., the formal garden) was the dominant type.
The grounds of the Schloss Pillnitz boast a camillia that is over 200 years old and 13.2 meters high. It was brought from Japan in 1776.
A flood in 2002 was the biggest one since 1845. The palace's location on the Elbe River makes it particularly susceptible to such disasters: 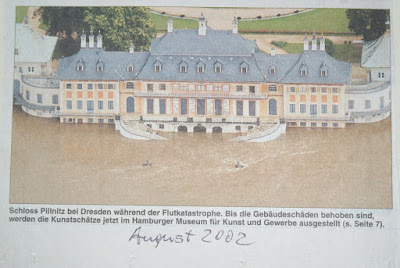 (Newspaper photo is courtesy of my husband's cousin Gero, who took us on the Dresden excursion.)
Posted by Elizabeth Hornbeck at 1:02 AM