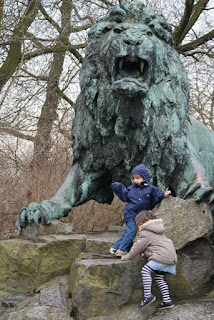 One of our favorite sites in Berlin – and my son’s absolute favorite – is the Tierpark (animal park), located in the former East Berlin area called Köpenick. When Berlin was partitioned after the war, the Zoologischer Garten ended up in the hands of West Berlin; the East Berliners wanted their own zoo, so this was founded. In an example of communism at its best, the regime turned the grounds of the vast Schloss Friedrichsfelde (schloss = “castle,” or more like the French “château” - a palace) into a zoological garden. It opened on July 2, 1955, some 54 years ago. 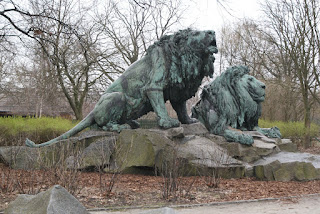 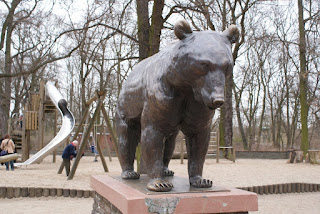 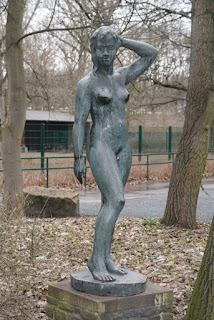 The Tierpark is vast. It covers 160 hectares, and according to its website is “Europe’s largest landscape zoo.” My Baedeker guide says, “Compared to the western zoo, the Tierpark grounds are much more expansive and much less cramped in terms of both the outdoor enclosures and the animals’ stables and hutches.” We have visited it three times, and we only ever see about half of it on any given visit. 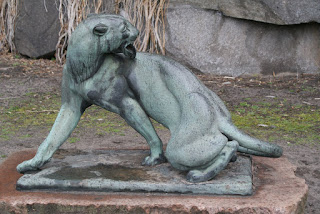 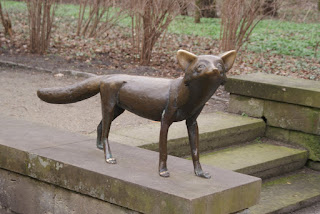 What I want to write about today, though, is the sculpture. On our most recent visit, which was yesterday, I made a project of photographing all the sculpture we ran across, which you see here. (Keep in mind that we only got to see half the zoo on this visit.) They have everything from monumental lions in a naturalistic style, to cute little animals in a more kitschy style of the type you often find aimed at children. There is even one statue of two children; they are playing with a fish – it’s supposed to be a fountain, and maybe when the weather gets nicer they’ll turn on the water. That’s located next to the playground. 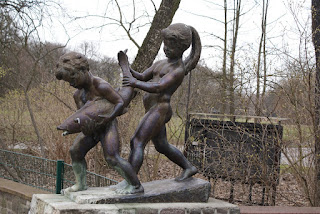 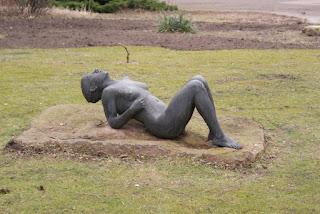 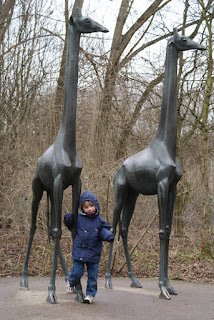 But what I can’t figure out is, what’s with all the nude women? I mean, just how are they thematically related to the Tierpark? There are no statues of men, either nude or clothed. Are women supposed to be part of “nature,” along with the beasts (both wild and domesticated) in the Tierpark’s collection? 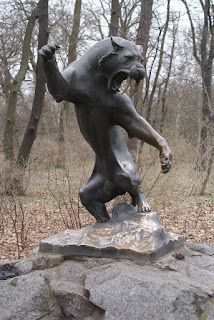 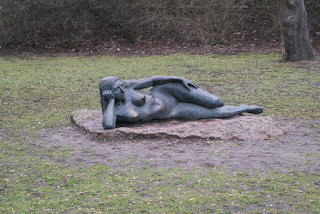 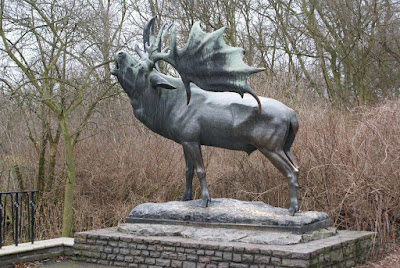 Posted by Elizabeth Hornbeck at 1:15 PM