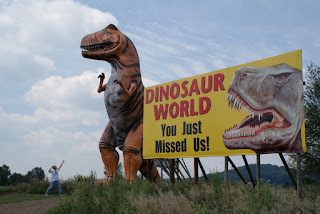 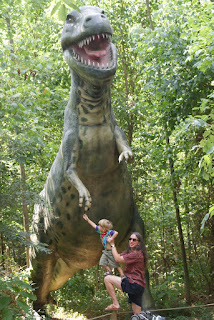 Dinosaur World provides the perfect antidote to the infamous Creation Museum in Petersburg, Kentucky, which seeks to refute all scientific evidence for Darwinian evolution, and argues that the earth is no more than a few thousand years old. As a Kentucky native I am frankly embarrassed that my state gave rise to such a ludicrous institution. Happily, Dinosaur World was full of young Southerners who took no issue with the idea that dinosaurs lived millions of years ago and that their existence can be proven by scientific evidence. That’s an institution worth supporting.
Posted by Elizabeth Hornbeck at 8:01 PM